As was widely anticipated, Steve Jobs 2.0 was just named the new CEO of Apple, Inc. The 30-year old executive, who had been groomed since birth for this post, was ambivalent about his promotion: "This is what my genetic predecessor wanted of course, and I’m thankful for his provisions for me over the last three decades – I think I’m ready for this, and I’m obviously well suited. It is my destiny, whether I like it or not."

Upon his 2011 resignation as CEO of Apple, the first Steve Jobs secretly established Malum LLC, a corporation whose sole purpose was to raise a set of identical clones based on his own DNA, for the purpose of maintaining  the Jobs legacy at Apple. Each of the ten clones was placed in a different host family for fifteen years, and upon reaching that age three clones were chosen for continued education and preparation. After the tragic death of SJ Clone II in 2020, SJ Clone V was placed at Reed College and briefed on his destiny. Upon dropping out from Reed, he was hired at Apple in the design department under an assumed name. On April 1, 2035, Apple Inc. acquired Malum LLC and revealed the whole scheme to incredulous shareholders and customers. The company’s share price immediately doubled on that day.

In the following year, the plan’s success was endangered by a lawsuit brought by SJ Clone X, the third pre-selected clone, who challenged Malum’s selection process and threatened to establish a competitor to Apple. The case was settled out of court.

To this day, the remaining SJ clones are unaware of their origin, and generous scholarships and trust funds were discreetly established for each. It is widely assumed that a SJ 3.0 class is in preparation.

Let’s count the ways we have to wait for a better tomorrow on ebooks:
1. First the iPad, of course. But the wait is almost over, they tell us.
2. Then there’s Blio Reader (software), which went into radio silence after CES. They’ve been “coming soon” since then… we’re still waiting.
3. Barnes & Noble, not to be outdone, let us and their investors know that they wouldn’t miss the iPad train and would launch their app. Soon.
4. Finally, Amazon pre-announced their Kindle for Tablet, any tablet as long as you can touch it. Very soon.

B&N, Blio and Amazon have found themselves forced to react to the iPad ebook business model, and demonstrate how their own business model would survive the iPad onslaught. But for the moment, all these announcements feel a lot like vaporware – or is it ebookware?

Microsoft has released a technical preview of streetside photos, a Bing service which will overlay Flickr photos into Bing Streetview – including historical photos.

For all lovers of history, this means that you’ll soon be able to enter 3D renditions of historical landscapes, and walk through them – like a Star Trek holodeck without the characters (yet).

Think of the possibilities: Stroll through the 1900 Exposition Universelle in Paris; visit Dresden before the bombing; follow Allied troops landing on Omaha Beach. This will be yet another way to make history relevant.

Analysis / Business / E-commerce / Web, present and future — Comments Off on The other way ebooks prices are changing
03
Feb 10

The other way ebooks prices are changing

Amazon’s troubles with publishers have focused mostly on how the publishers want Amazon to charge more for ebooks. But what about when the $9.99 price is too high?

Take a recent bestseller for instance: The Da Vinci Code

. Based on the seeming endless availability of used and new copies, the Kindle price is already adjusted to balance the reader’s wish to get an immediate copy with the abundance of supply.

I foresee Amazon increasingly tweaking prices in this way – in the meantime it’s you can find other $9.99 Kindle versions competing with a cheap used copy, and look for more used book price arbitrage opportunities.

Google’s Insight for Search is going to be my favorite research tool. Take, for example, a search for the word “Treo”: http://google.com/insights/search/#cat=&q=treo&geo=US&date=&clp=&cmpt=q

The Treo peaked in 2005, and is currently experiencing a small revival.

You can also demonstrate cycles, such as this search for “christmas Cookies recipe”: http://google.com/insights/search/#cat=&q=Christmas%20cookies%20recipe&geo=US&date=&clp=&cmpt=q

Here’s what Gmail will gain in 2009 – these fall mostly in the duh category:

I really like this picture of the Bank of America building, and how Google maps can’t quite decide which way the buildings should lean:

Sweet, sweet UI from the UI gnomes at Amazon 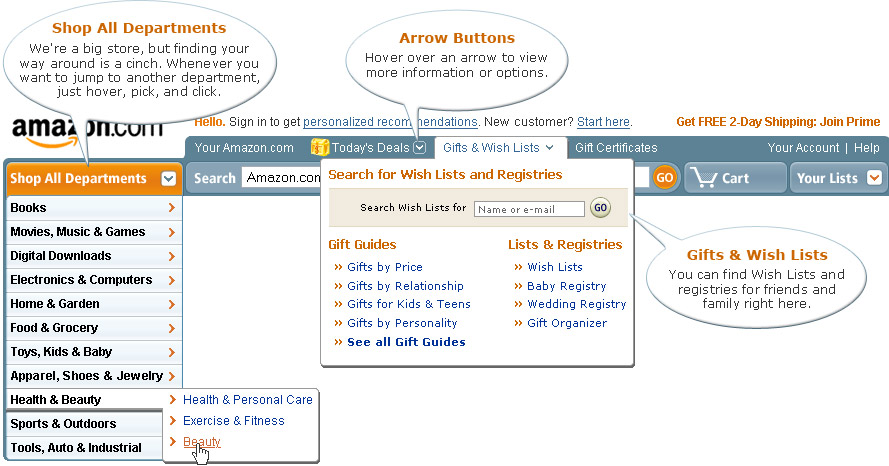 The new RealPlayer has sparked all kinds of deep copyright discussions, but the irony I note in this launch is the similarity of this new capability with that of the StreamBox Ripper. StreamBox Ripper was a product that allowed for the saving of – among others – RealAudio streams. Real threatened Streambox and Streambox backed down, in an early application of DMCA.

That said, RealPlayer was due for an overhaul.

Apple has decided to take allow Windows user to join the Safari, but this also opens .Mac (dotmac) to Windows users, complete with 60-day trial. It doesn’t, however,  make .Mac more compelling (you can get it all, without the eye candy, from Google for free). This was already guessed at earlier this year.